The government today confirmed it will increase the small claims limit to £5,000 – but only for whiplash claims. 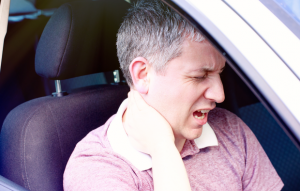 Announcing the Prisons and Courts Bill, the Ministry of Justice said it will impose a new threshold of £2,000 for all other personal injury claims.

The figure is a retreat from the original proposal to increase the limit across the board, but the reform is still likely to be unwelcome with claimant lawyers who face being effectively removed from low-value whiplash claims altogether.

The MoJ will push through with plans for fixed tariffs to cap whiplash compensation payments. No figures have been released, but the department suggests damages will be ‘proportionate’ to the level of injury suffered.

There will also be a ban on any offers to settle whiplash claims without providing medical evidence.

The ban and compensation tariffs will both require primary legislation and will form part of the Prisons and Courts Bill.

The change in the small claims limit needs just secondary legislation and could in theory be introduced as soon as October, but the Ministry of Justice has confirmed it will only bring in the revised limit when the bill has become legislation and all the plans can be implemented together.

The MoJ today said it expects car insurance premiums to be cut by around £40 a year as a result of the reforms.

Lord chancellor Liz Truss has previously stated the government’s aim to target those who have ‘exploited a rampant compensation culture and seen whiplash claims as an easy payday’.

Justice minister Sir Oliver Heald today said: ‘We are determined to get a grip on the widespread compensation culture that unfairly impacts millions of motorists through higher premiums.

‘So we are cracking down on minor, exaggerated and fraudulent whiplash claims. And we expect insurers to fulfil their promise and put the money saved back in the pockets of the country’s drivers.’

The Association of Personal Injury Lawyers today showed few signs of celebration at the partial climb-down on the small claims limit, accusing the government of a ‘fanatical’ interest in suppressing the right to claim for legitimate injuries.

‘There will be an explosion of calls and texts from claims management companies encouraging people to make personal injury claims, even if they haven’t been injured.

‘The small claims court is designed for people to represent themselves and this will just be a business opportunity for claims management companies.’

Qamar Amwar, managing director of marketing company First4Lawyers, said the speed of the government’s response to its consultation – which closed on 6 January – ‘simply paid lip service to a decision that was already made by the government in cahoots with the insurers behind closed doors’.

He added: ‘The initial consultation raised many questions around the fairness of the proposals, but also how they would be implemented.

‘To date the government has not answered these questions, nor have they answered them through this bill.’