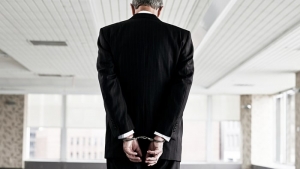 Dr Benjamin Chang, 57, career is now in ruins after he was found guilty of a two-year scam against insurance companies by billing them for non-existent physiotherapy sessions. Chang claimed £183,000 while running  his private medical practice from Milton Keynes, but also used consulting rooms at Harley Street.

Passing a two-year sentence at the Old Bailey, Judge Philip Katz told him  he could see no other reason for him doing it “other than greed”. “There was a gravy train passing by and you wanted to jump on it,” the judge said.  “This is, in many ways, a tragic case because, as you realise, the scale of this fraud and the fact that you have denied it in the face of overwhelming  evidence means there is only one way I can deal with you – it is to sentence a hard-working doctor to prison.

He added: “You got greedy. You were living an ordinary and respectable life, you come from a respectable background of professional people who, I expect, are horrified to witness what happened as a result of the choices you have now made.”

Chang claimed £183,000 while running  his private medical practice from Milton Keynes, but also used consulting rooms at Harley Street. The scam lasted for two years until one of the insurance companies became suspicious about the number of invoices coming from Proteus Healthcare. Their investigations revealed Proteus was being run by Dr Chang and the physiotherapist supposedly providing the treatment did not even exist.

Prosecutor David Povall said Chang was carrying out the scam “to enrich himself” and pay off his debts to his family. Mr Povall said: “The police found dozens of examples of cases in which Benjamin Chang had supported claims from Proteus Healthcare for physiotherapy. “They seized Dr Chang’s computer server and found dozens and dozens of  Proteus invoices for named claimants purportedly signed by Helen Preston. “What the Crown is suggesting is that Proteus Healthcare is not a business  that provides physiotherapy – it is a business that provides invoices for  physiotherapy.

“Dr Chang knew that these invoices were false, that there was no physiotherapy or not the amount being claimed for.”